Okay, we’ve all done it – made embarrassing writing mistakes we wish we could take back. The trick is to avoid those mistakes that can cost us readers. 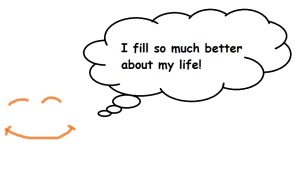 Recently, my reading (especially on the Web) caused me severe eye-roll syndrome. A bunch of thoughtless errors made me want to stop reading, but I trudged on. I think most readers would have shared my frustration.

Careless errors reflect poorly on writers and cause readers to doubt writers’ abilities (maybe even their intelligence). We need to do ourselves a favor and avoid these three types of embarrassing errors.

English is weird. It’s a combination of several other languages. This makes for some rather illogical verb forms. But using the wrong form will get us in trouble – fast.

I was reading an online news item where the writer twice used the word “payed,” as in “he payed for that mistake.” Now, that would seem to be the logical past tense of to pay, but the correct form is paid. Didn’t the guy have a spelling checker? It comes up on mine.

Another common tense hang-up is the went-gone difficulty. Too many times I have read and heard “I had went …” Seriously? It’s “I had gone…”

There’s always the lie (to recline) versus lay (to set down) confusion. When it comes to verb forms in English, it’s a good idea to have a chart of irregular verb tenses handy. I know I do.

I’m not sure why, but people have trouble with the preposition of.

Sometimes they’ll leave it out, as in “we had a couple drinks to celebrate.” Does that make “couple” an adjective instead of a noun? How about “I drank a can soda”? That just doesn’t sound right.

On the other hand, people will use of when they mean have, to whit “I could of been a contender!” The difficulty here is one of sound. When we make the contractions “could’ve” or “should’ve,” that second syllable sounds an awful lot like “of.” But, well, it’s still wrong.

Using a word we think sounds right instead of the correct word is the worst kind of error. It’s just plain sloppy writing, and the reader knows it.

We all know the problems with there, their, and they’re, and its and it’s. Yet, people will use fill when they mean feel. I had one student who kept using an in the place of and. It took me a while (and a lot of re-reading) to catch on.

And it mystifies me why people will use the word defiantly when they mean definitely. They are not even close in meaning or even pronunciation.

Using incorrect words forces the reader to figure out what the writer really means, and we don’t want to make the reader work that way.

Remember: We always want the reader to concentrate on what we’re saying, not struggle to translate the mistakes in our writing.

There are all kinds of crazy writing errors out there. What are some of your favorite (or should it be despised) errors?

2 thoughts on “3 Careless Flubs That Make You Look Bad”